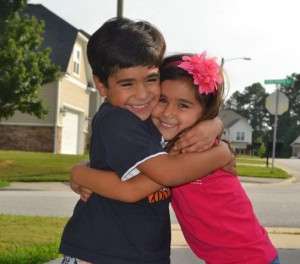 ARMs typically start off with lower interest rates than fixed rate mortgages, which compensate the borrower for the risk of the interest rate increasing over time. You are protected by “caps” which set a ceiling for the 1st adjustment, periodic adjustments, as well as the total amount of adjustments allowed over the life of your loan.

Choosing an ARM is a good idea when:

Index is a fixed percentage amount which accounts for the profit a lender makes on the loan.

Margins are fixed for the term of the loan and are added to the index in order to determine what the rate may possibly move to at each adjustment period.

Adjustment frequency reflects how often the interest rate changes – also known as the reset date. Most ARMs adjust yearly; however, some ARMs adjust as often as once per month or as infrequently as every five years.

The Initial Interest Rate is the interest rate paid until the first reset date. The initial interest rate determines your initial monthly payment, which the lender may use to qualify you for a loan. The initial fixed-rate period can be as short as once per month, or as long as 10 years. One-year ARMs, which have their first adjustment after one year, used to be the most popular adjustable, and were the benchmark. Recently the standard has become the 5/1 ARM, which has an initial fixed-rate period that lasts five years; the rate is adjusted annually thereafter. That type of mortgage, which mixes a lengthy fixed period with an even lengthier adjustable period, is known as a hybrid.

Often the initial interest rate is less than the sum of the current index plus margin, so your interest rate and monthly payment will most likely go up on the first reset date. Other popular hybrid ARMs are the 3/1, the 7/1 and the 10/1.

After the fixed-rate honeymoon, an ARM’s rate fluctuates at the same rate as an index spelled out in closing documents. The lender finds out what the index value is, adds a margin to that figure, and recalculates the borrower’s new rate and payment. The process repeats each time an adjustment date rolls around.

Borrowers have some protection from extreme changes because ARMs come with caps. These caps limit the amount by which ARM rates and payments can adjust.

Caps come in a couple of different forms. The most common are:

Conversion Some ARMs come with a conversion feature that allows borrowers to convert their loans to fixed-rate mortgages for a fee. Others allow borrowers to make interest-only payments for a portion of their loan terms to keep their payments low.  However, no matter the exact terms, most ARMs are more difficult to understand than fixed-rate loans.

To keep your financial options open, make sure to ask the mortgage lender if the ARM is convertible to a fixed-rate mortgage. Also, ask if the ARM is assumable, which means when you sell your home the buyer may qualify to assume your existing mortgage. That could be desirable if mortgage interest rates are high.

Most ARM rates are tied to the performance of one of three major indexes:

For more information please call Raleigh’s Local Loan Experts at 919-866-0212 to answer any questions you may have!

“My wife and I had a wonderful experience working with Mike Alberico at Raleigh Mortgage Group, Inc.  Mike took the time to explain many details of the refinancing process to us in terms that were easy to understand, even while he was navigating new federal regulations.  Rest assured that Mike will handle all of your questions and concerns through the entire process quickly and professionally.  I have already recommended Mike and RMG to several friends and coworkers.”

1st time Recommendation. 2nd Time great experience from first time. Genuine desire to provide the right product for the customer and do right by the customer.